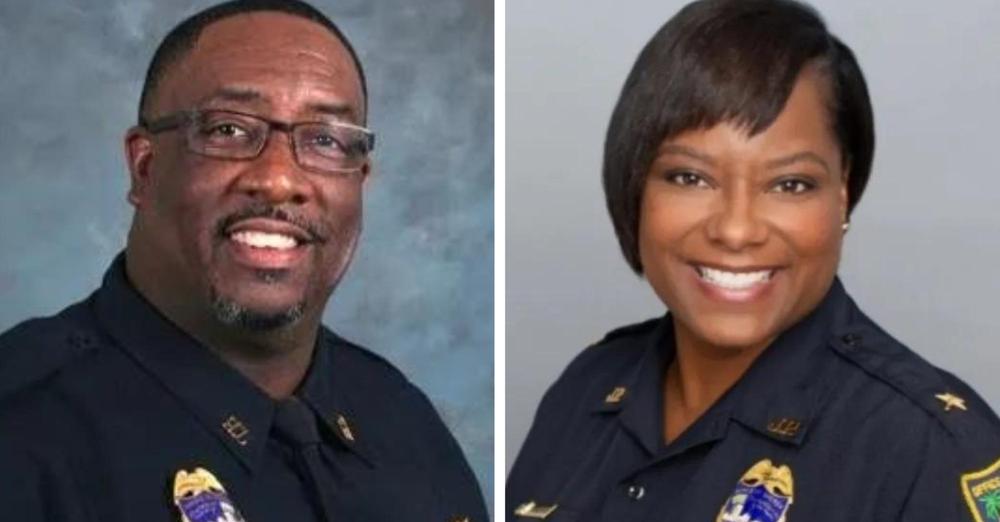 One of the frequent comments about the race for Jacksonville sheriff: There isn’t a lot of difference between the final two candidates.

I don’t think many of the people who watched Lakesha Burton and T.K. Waters debate last week would say this.

There certainly are some similarities between Burton and Waters. Both have compelling personal stories. Both had long careers in the Jacksonville Sheriff’s Office. Both are Black (and, yes, race has been a factor in races for sheriff). Both say Jacksonville’s murder rate isn’t acceptable. And both say — and I think genuinely mean it — they want to make this city safer for everyone.

But for all their similarities, there certainly are differences.

Waters believes we’re headed in the right direction, but says we have to hire additional officers. He told those gathered Friday at the First Coast Tiger Bay Club meeting that this is absolutely necessary — and likely will require asking taxpayers for more tax dollars.

“I’m not telling you that I want to charge people a bunch of extra taxes,” he said. “I don’t want to do that. But I live in Jacksonville, and if I want the very best, I might have to do that at some point, because it is absolutely necessary. We cannot continue to kick the can down the road.”

Burton doesn’t think we’re headed in the right direction. She said we need a change. She said that with an annual budget that has grown to more than $500 million, our city should be safer. And while she also said we need more officers on the streets — she emphasized the importance of community policing — she said she will accomplish this by moving sworn officers from administrative duties to the streets.

“I won’t ask you for one more dollar,” she said.

That right there is a substantial difference, one worth debating as a city.

When Lenny Curry and Mike Williams first ran for mayor and sheriff in 2015, JSO’s budget was about $398 million. It has grown steadily since then, often accompanied by the steady drumbeat of crime that earned the city its reputation as the murder capital of Florida. In that same period, there have been more than 1,000 homicides in Jacksonville.

If we continue at this rate, JSO’s 2023-24 budget will be nearly $600 million, making it close to half of the city’s general fund.

How that money is used seems like a reasonable debate to have — certainly more reasonable than much of what has defined this campaign, from the attack ads to the uniform controversy sparked by Interim Sheriff Pat Ivey.

You may recall that Ivey ended up with this job after Williams resigned for violating the city’s legal requirements for residency (or, as Ivey characterized it, an “obscure rule”). When the two candidates to become the next sheriff made campaign ads featuring them in uniform, Ivey sent a letter to Burton, threatening legal action, saying that even if she had talked to Williams about this, she hadn’t filed the necessary paperwork with Ivey.

Such is this season. Everywhere you look there are images of people in their old uniforms, from Ron DeSantis in his Navy white to Val Demings in her Orlando police chief uniform. I mean, we’ve even seen Herschel Walker flashing an “honorary” police badge. But only one of Jacksonville’s two candidates for sheriff, both retired after decades of service, can appear in campaign ads in uniform?

This wasn’t about policing. It was about politics.

Election season always is profoundly disheartening, this one particularly so. I won’t bother rebutting some of what’s out there, because to do so would involve repeating it.

I will say that Burton, who was assistant chief of Police Zone 2 in Arlington until her retirement in February, began the debate by talking about the ugliness of the campaign, saying she’s running against the good ol’ boys and their consultants.

“Unfortunately, the airways, your mailboxes and social media platforms have been inundated with half-truths, lies and insulting rhetoric,” she said. “So I just want to go on record today to let you know that I’m not here to fight my opponent. I want an opportunity to be your sheriff so I can fight the violent crime that’s been plaguing our city for years. But also I don’t want to win by telling lies. I’m going to win on truth.”

Waters didn’t respond to this, instead describing his own journey to 30 years in law enforcement, leading to his role as chief of investigations before his retirement.

Standing beside each other, Burton and Waters did land on common ground on several issues. Both talked about how technology is important but it can’t replace people. Both talked about community policing. But Waters consistently pushed back at the idea the existing manpower is enough.

“We’ve already done a study,” he said. “There’s an audit that was done by an independent agency … and they say we need 2.5 police officers per 1,000 people in Jacksonville. Now it’s not comfortable to want to hire a lot of a lot more people, but it’s necessary. Shaving units and moving them around doesn’t do anything. It robs from Peter to pay Paul.”

Burton pointed to what happened under her leadership in Zone 2, a 16 percent reduction in crime. She said that wasn’t because she had additional officers. It was because of what her officers did. She said a change in culture is necessary.

“When I started, community policing was the fabric of every police officer,” she said. “Over the years it has been diminished and pushed into a unit or labeled as a program. It’s not that. It’s a philosophy that’s embedded in your mind and your heart, in the spirit of service. That’s what I was able to cultivate with my young generation of officers in Zone 2 that made the difference. … What we were able to do in the Arlington/Beaches area is a microcosm of what we will be able to do citywide.”

In Jacksonville, doing anything “citywide” is particularly challenging. Consolidation made this the largest city in the Lower 48. If someone were to walk across it today, they’d find quite the mix of people and views.

When it comes to being sheriff, you’re in theory representing all of them. Party affiliation shouldn’t matter. That’s something both candidates said last week. But, of course, it does matter when it comes to an election.

An office that should be non-partisan
Burton is running as a Democrat, Waters as a Republican. And while this race has featured some interesting dynamics — see the Curry household, with the mayor supporting Waters and his wife, Molly, supporting Burton — support likely will break down along party lines.

After the debate, both candidates talked to voters. A woman who said she’s a Republican said she wanted to ask Burton a question: Does she support defunding the police? Absolutely not, Burton said, reiterating some of what she said earlier.

“This whole idea that because I have a D behind my name I’m weak, you’re sadly mistaken,” she said to those gathered. “As far as I’m concerned, we have become numb to the violence in the city. … I want to put criminals in jail. You’re looking at somebody who endured one of the most horrific crimes that can happen to a child. And the person who raped me, he spent one month in jail. So more than anything, I want to get criminals off the streets. But we have to work on the front end, because at the end of the day, we need to stop crime before it happens.”

That’s something both candidates agreed about — something we all should agree about.

We want to stop crime before it happens.

How do we best accomplish that?

That is a debate worth having, not just in a sheriff’s race, but as a city.

No comments to show.