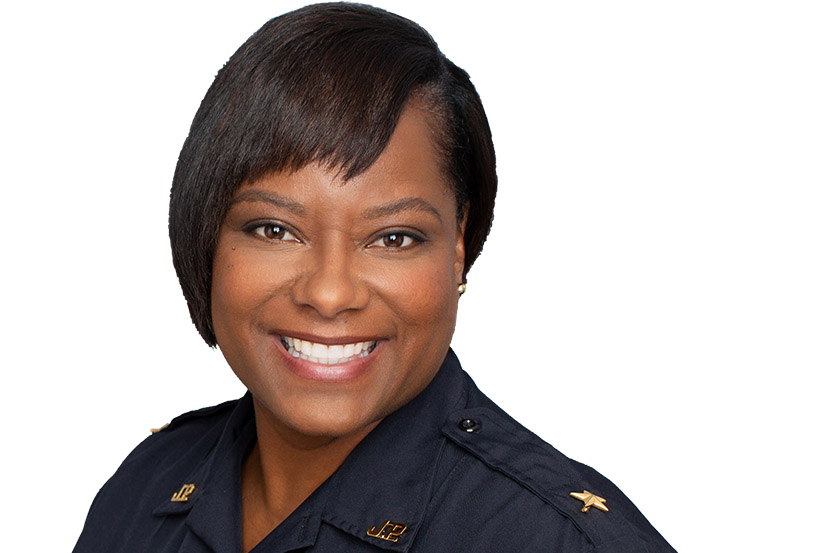 “I’m overwhelmed with gratitude for the outpouring of support our campaign has received since we launched in early April,” said Burton, an assistant chief at Jacksonville Sheriff’s Office. “Without a single fundraising letter or event, we’ve seen so many good people step up – with donations large and small — to say they want to support our vision for moving Jacksonville Forward Together!”

Burton, a Democrat running to become Jacksonville’s first black female sheriff, is garnering significant support from leading Duval GOP donors. Gary Chartrand, Jeff Chartrand, Wayne Weaver, David Miller, Bill Woody and Michael Ward were among some of the prominent Republican donors making significant PAC contributions. In addition, leading Democrat donors such as Jim and Ellen Wiss, Bobby Stein and Delores Weaver are also among major contributors. Smaller donations of less than $100 have been made by almost 100 supporters from all areas of the city.

“The strength and diversity of our campaign’s early fundraising efforts reinforce what I said when we began,” Burton said. “Our campaign is not about power, prestige or party. It’s about people; people interested in working together to help us make Jacksonville a better, safer place to live, work and raise a family.”

Political Advertisement Paid for and Approved by Lakesha Burton, Democrat, for Jacksonville Sheriff

No comments to show.